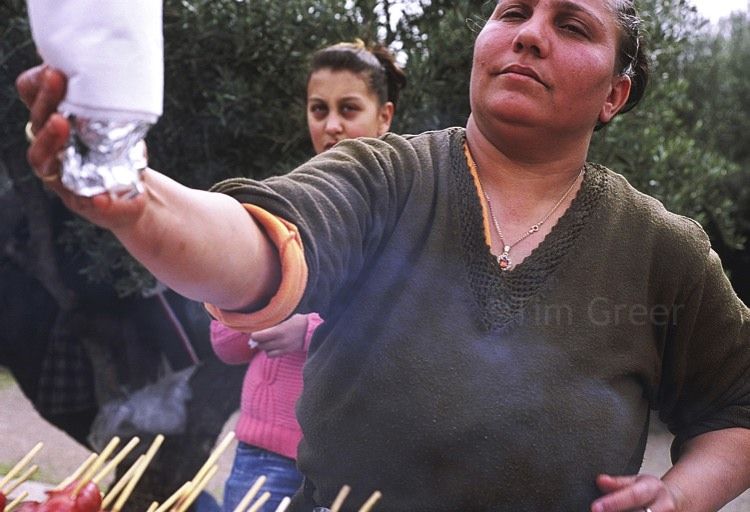 This was a hip shot taken while I was waiting for a gyro. Strolling along the streets of Athens, Greece, there were several different vendors selling food around lunch time. The different smells mingled with one another, yet it was the people selling the gyros that pulled me in.